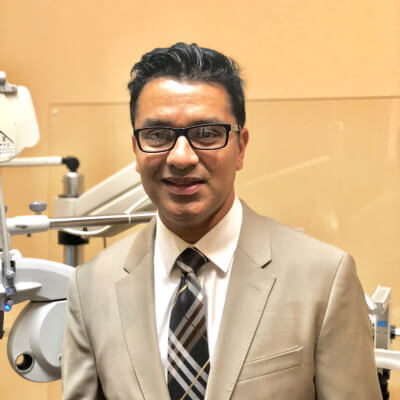 Dr. Prayag Shah has been providing Rockford with quality eye care since 2007. After graduating second in his class at Elgin High School, he was accepted directly into a seven year optometry program at Gannon University.

Dr. Shah received his O.D. degree in 2002 at Illinois College of Optometry. After completing a residency in ocular disease at Illinois Eye Institute, he served as clinical professor at the College of Optometry for two years. In 2008, he started Shah Vision Consultants and has enjoyed building a loyal and extensive patient base. In 2015 Shah Vision Consultants was given a patient choice award winner for optometry by Opencare. Dr. Shah still resides in his hometown of Elgin where he enjoys his time with his wife and three wonderful children. He also enjoys rooting for the Bears, Cubs and Bulls!